SHAKTIPAT- Direct Transmissions can be oral, written, on distance, in thought, through eyesight or sound vibration (mantra for instance), touch. Transmissions offer direct experience of meditative absorption, deeper and subtler perception of self, expansion of awareness (consciousness), various spiritual phenomena, samadhi, equanimous blissful space-like empty being. Transmissions are to support one's individual consciousness expand beyond the physical, mental, emotional or intellectual into a vast possibility of self-being and manifestation. Transmissions support one in one's spiritual evolution towards self-refinement and self-perfection. Transmissions support one in bringing up and facing one's conditionings, impurities and impediments in one's consciousness that act as obstruction for one's further evolution. Facing self helps one to refine self deeper and free one's consciousness from illusions and conditionings of the phenomenal reality. Through this process with the support of one's preceptor (teacher, guru, guide) one is able to refine and disillusion self and eventually, establish one in a content equanimous blissful self-being. Through this being one is able to remain actively in a meditative absorption and to cultivate light body for further self-perfection.

​True realisation is not measured by powers or way of behaviour or other external attributes or character. It is measured by the degree of inner maturity, selflessness and spiritual gravity, reflected in one's presence. Such presence is not about charisma or personal magnetism, being smart or creative. It is about unconditional equanimous self-being that deeply touches and transforms all that come across it.

SHAKTIPAT is a moment of conscious awakening and rebirth into a different perception of self. It triggers further evolutionary transformation in an adept.

​SHAKTIPAT is a first step towards enlightenment - the beginning of one's spiritual journey, through which one is yet to evolve and transform and gain deeper levels of self-awareness and realisation. Before SHAKTIPAT or spontaneous Kundalini Awakening spiritual practice is nothing but a childish play. Shaktipat however does not guarantee completion of the evolutionary journey in one life.

SHAKTIPAT is crucial for the ongoing human evolution and the preservation of true spiritual knowledge and is a Siddha Way to self-awakening, rejuvenation, self-perfection and longevity. 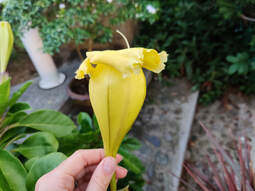 Through Siddha Kundalini Shaktipat one gets awaken - one's light essence (light body, spiritual body, diamond body) is activated. It means that higher awareness - spiritual intelligence are awake and are going to make one aware of all that which is transitory and of a nature of distortion and conditioning within one's own being.

For some the process of awakening may take time due to various layers of self-created illusion and ignorance, veiling the natural being. It means that one may progress only to the degree they are able to remove veils of illusion within themselves & cultivate inner purity and selflessness.

​Some people experience a tremendous shift right away, with strong vibrations spreading all over their body and mind from within. This charge or current may transform and shift one from the body consciousness to subtler vortexes of consciousness. However, it takes time, personal practice and dedication to the process in order to balance oneself in a new state, to establish oneself on a certain spiritual level and go further with that. Thus, after awakening only very few people at this point of time can experience the progressive (rapid spiritual growth within years) and transformation to perfection within a lifetime.

Only pure vessels may contain true knowledge. Thus, cultivation of purity, simplicity and selflessness ensure further evolution. Shaktipat becomes a significant step forward in personal evolution for people who cultivate such qualities. They become the vessels of self-born knowledge and teaching. The majority of people however, make only beginner steps, and when exposed to transmissions may go through a lot of introspection, purification, challenges and adjustments. That is why, in the Siddha tradition this process happens with the guidance of a Siddha master who has mastered Kundalini - the conscious power in himself and gained selfless (pure, yet vibrant) presence, as well as the ability to transmit their spiritual realisation (spiritual maturity) and knowledge. Since Kundalini is a super intelligent consciousness of the Being, it will guide every individual through their own individual consciousness-awareness with the pace, one may walk.

Kundalini awakening - the activation of one's light body may trigger a lot of phenomena in physical, emotional and mental aspects of the being. The process may appear as very challenging for an unprepared audience. It requires a lot of introspection and self-observation. It requires a deep understanding and the acceptance of the process and one's ability to let go of the illusions within self.

All the glands will activate and weight may fluctuate (usually loss of weight and strong purification happen). Some karmic issues may come up onto the surface in the form of short-term illnesses, sharp pains, deep reactions or other issues. Most of the people nowadays are having various spiritual/ subtle/ occult afflictions, which are the experience that should be properly understood and from which one may learn and evolve further. For the unprepared aspirant, it can appear fearful, hard to bear and hard to remain in a conscious watchful state or resolve such issues without a proper guide. That is why, guidance and protection of a siddha master through direct transmissions and otherwise is essential in one's process of self-refinement and transformation.

KUNDALINI KRIYAS, SPIRITUAL HEALING AND ENLIGHTENMENT OF THE BODY.

Spontaneous Kriyas may manifest. You could also discover abilities to gain knowledge, abilities to know without learning, abilities to give currents of positive energy, that people call healing or blessings. After kundalini awakening and deep self-refinement, the healing is natural and spontaneous. It is everywhere, where the awaken and mature person steps. The subtler is the conscious perception and realisation of self - the stronger are the soothing currents of one's presence - peace, joy, bliss spreading around that being.

Energy healing and all the nonsense of the new-age has absolutely no meaning and looks like a childish play without complete Kundalini awakening. With the awakening and only after proper refinement, it becomes a natural part of one’s being and is spontaneous. It is the conscious presence that heals without intention. Truly realised beings never demonstrate their evolved abilities, nor take pride in them. Their natural being flows in knowledge and selflessness, simplicity and non-interference.

Healing is a process of creating a permanent shift in one's consciousness, of highlighting and refining distortions in one's consciousness that afflicts one's subtle and physical being. Such power is achieved through the siddha alchemy: the process of awakening, inner refinement and cultivation of selflessness. Such true healing and transference of power come from one's matured light body or essence of self.

A lot of spiritual phenomena remains in the realm of metaphysics and is not understood by the modern science. Many things may seem to be miraculous, yet truly are phenomena of the awaken Kundalini - consciousness, which is if refined and matured can make one a selfless magician, a yogi, a true healer and an enlighten one. Very few people trespass to the selfless enlightenment. The majority simply gets tangled in the phenomena of the evolving mind, miraculous powers, various spiritual/ spiritually ambicious activities and ideas of spiritual achievement, yet perish with time. Only selfless and internally pure vessels who are able to contain true knowledge cross the boundaries of time, age and mortality. They are immortal beings - true siddha beings. True siddhas and yogis never demonstrate their superiority, power distance or inequality, they are simple and may appear extremely ordinary, yet their presence is transformative, devoid of ambition, simple and selfless.  Following of anyone who demonstrates their speciality, various miracles and tricks as well as tries to mesmerise people or looks for praise, should be recognised as an internal and external trap and avoided. Follow the presence, but learn to generate one within self.

True spirituality is born within, and not within the walls of ashrams, around famous and rich gurus, or from following them. True spirituality is born out of conscious living in the world, from conscious acceptance of life as it is, beyond good and bad, by seeing the world as the eternal school for one's being through various bodies ( from physical to subtle), from sincere and honest approach to self, and regular spiritual practice and awareness of one's own being every moment. Spirituality sprouts out of the world, and the world out of spiritual being. If you contemplate on it, you will see that it is true. Both are inseparable: the matter and the spirit, one comes from the other and continues it, though both derive from the Source that is neither the matter nor the spirit.

The idea of enlightenment, liberation, moksha or Nirvana come from the same space of self as the idea of the phenomenal reality and the world. Thus, only cultivating blissful selflessness and inner equanimous space of being, one is able to realise true original nature of self, regardless of concepts, beliefs, dogmas and ideas one may have or project outside of self onto spirituality, spiritual power, siddhis, spiritual evolution or one-self.

Kundalini activates new brain passages and cells that we have never used before. It’s an intriguing journey full of miracles and manifestations. However, it is still an exciting play of conscious mind that feels power in the game of life. If one enjoys this stage it is great. Beware though that this stage is just another stage. The journey is not completed, unless the reality of the phenomenal world subdues and the actual reality of Self manifests. This manifestation is only possible with the grace. The grace is the result of cultivation of inner stillness and purity.  When one is pure and selfless, one reaches the maturity of perception of self, when the mind dissolves its separated perception and realises its natural being, one perceives true grace. Such Yoga (union) triggers gradual enlightenment.

Once one goes through the purification and leaps over the challenges of the first gross aspect of existence (physical, emotional and mental) (depending on one’s karmic baggage), the gross purification and refinement process is over and one deepens further in one’s perception of self and embarks on a further journey to self-perfection, acquiring and maturing one's light essence - light body. One’s consciousness shifts gradually from one of a guilty, shameful, sinful person in bondage and illusion, towards a self-accepting, non-violent, seeing self and the world clearer, established in the contentment of selfless being. With further growth, intuition, sensitivity, super abilities (siddhis) may manifest, absorption of the mind deepens and one perceives self as knowledge, bliss, existence inseparably.

Further on, one grows in stages of bliss and absorption to the point when one’s mind reaches perfection and enlightenment and draws that light and knowledge of a super-conscious state down to his/her physical vehicle in order to perfect and enlighten one's body and reach immortality. Some Siddhars would leave the physical plane or dissolve it into the Light Body for having no distortion towards serving other in the physical body. They would guide them from higher planes of consciousness.

The process of evolution is not ending here on Earth. It is an eternal process. We learn to perceive ourselves as subtler and subtler beings of light ( a powerful radiation beyond the physical comprehension of light or radiation), until one moment in this eternity we we dive into Nothingness and dissolve as being something.